In this post we’re gonna talk about how to stop procrastinating, learning from the habits of people who never procrastinate. Or at least don’t do it anymore. 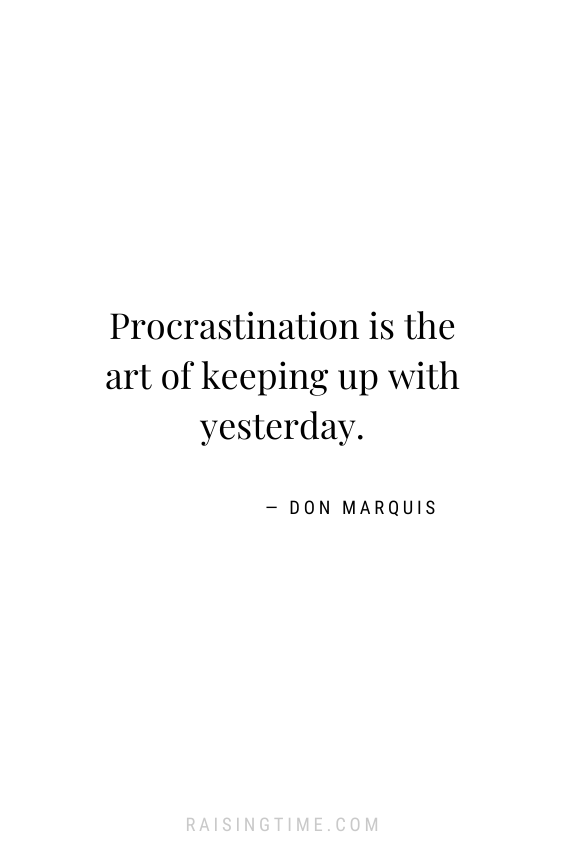 Okay, for those who don’t know: procrastination is delaying a task or a goal for no good reason.

If you keep putting it off and putting it off, you’re honestly putting off your life. That’s what I was doing for many many years until I finally decided that putting “it” off was way more painful than the fear of doing “it” itself. What a bunch of woo woo’s, right? But if you’re a procrastinator you know what I mean. Going to bed every single night a little regretful and hopeful at the same time. Well, today I didn’t have time, but tomorrow…Well, we only have so many tomorrows. And you’re living today. And trust me, you have more to do than you know right now. Don’t let your life slip away without at least giving yourself a shot at doing the things you want to do and becoming who you want to become.

Being A Procrastinator Is Not Good For You

I know there are many jokes about procrastination and how we’re basically all doing it all the time. But it’s actually a pretty dangerous thing. If left uncontrolled it can even be bad for your health in that you’re not making your doctor’s appointments and putting off starting healthy habits like eating healthy or exercise. 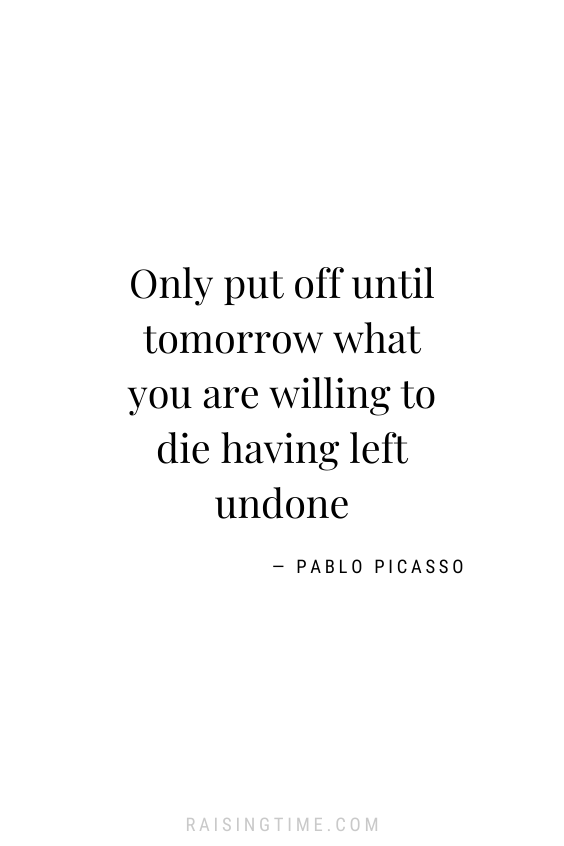 It’s also bad for your health because procrastinating is draining. It consumes your energy as if it’s candy. And you feel tired to do much else. In fact, research has shown that procrastination is linked to higher levels of stress, anxiety, depression and low self-esteem.

7 Habits Of People Who Never Procratisnate 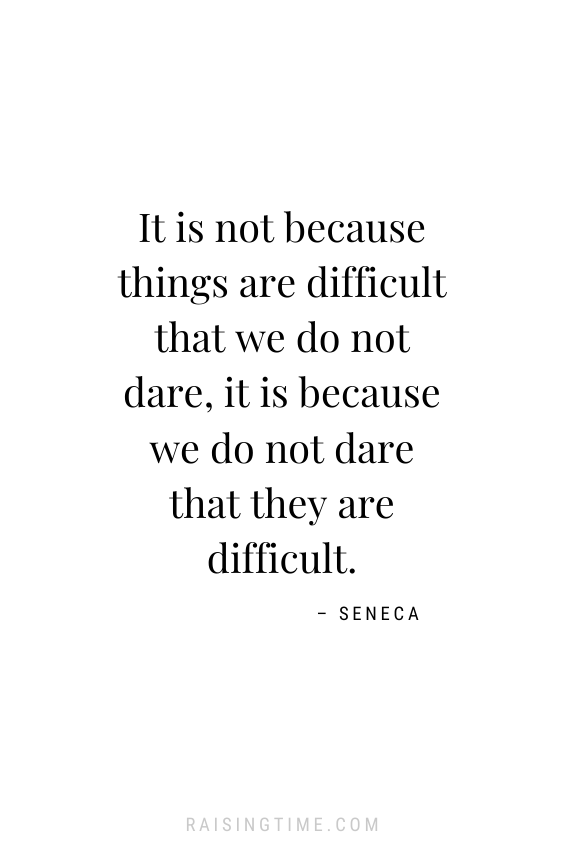 1. They Do What They Hate First Thing

If there’s one thing you need to remember out of this entire article it’s this simple truth. People who never procrastinate, people who are self-disciplined and achieve things in life, accept that sometimes they’ll need to do things they dislike in order to achieve something they want. So they do it first thing in the morning. Why? Because they want to have the bitter feeling throughout the day? No. Because, when you do something you know is important, but you don’t feel like doing, you feel like a winner. And when you do that first thing in the morning – you’ve won the day. You did the most important thing you had to do that day and you feel energized and relieved at the same time. 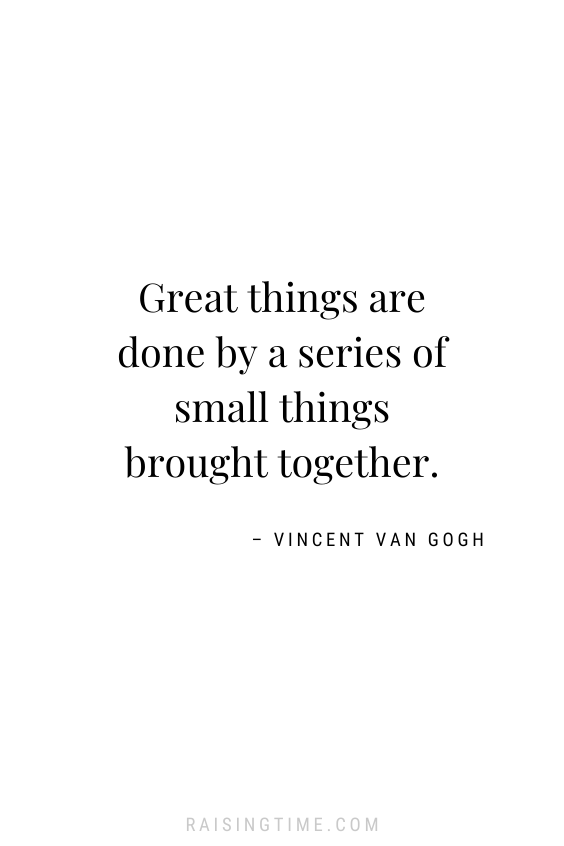 Track your time and what you do on a daily, weekly and monthly basis. It’s so eye-opening. Knowing how long a task takes will help you make realistic plans and will take the overwhelm and stress that overscheduling yourself creates. Overscheduling is one of the biggest reasons for us women to feel stressed.

It’s also one of the biggest reasons to procrastinate. There’s no way in the world I’ll be able to do all of this today/this week/this month. You don’t want to try and fail, so you don’t try at all. So keep track of everything you do and how long it takes for about a week. It will help you create a more realistic schedule, thus reduce overwhelm and make it more likely that you take action. 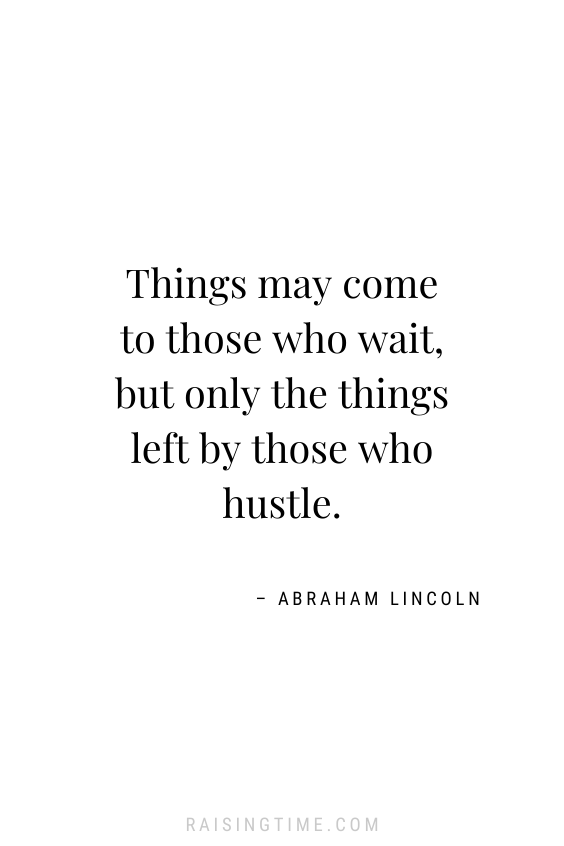 People who never procrastinate make it a habit to get clear on their priorities and goals for the year, month and week. They break them down into smaller tasks that they can get started on. They make their goals actionable. This way they see the big picture and know what their priorities are for the day. You could do what you hate first thing in the morning, but if it doesn’t help you achieve a goal – you’re a masochist, not an achiever. Get clear on those activities.

Being clear helps you make better decisions faster. You stop doubting yourself and stop going back and forth in your head. When you know where you are and you know where you’re going this process becomes much easier and less energy-consuming. 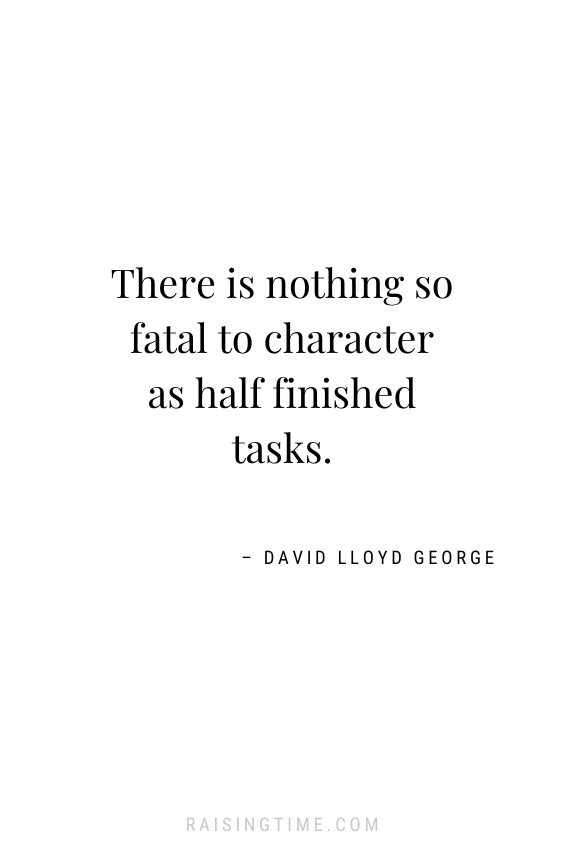 It’s really hard for me not to make a joke about this one…I kinda feel like Chandler. But, what this means, is that you don’t leave things done halfway. If something takes 10 minutes, you do it right away. You’ve written a blog post almost until the end, well finish it. Starting something is not the goal, the goal is to finish it. Of course, if it’s a bigger project you need to break it down into smaller tasks – complete those. 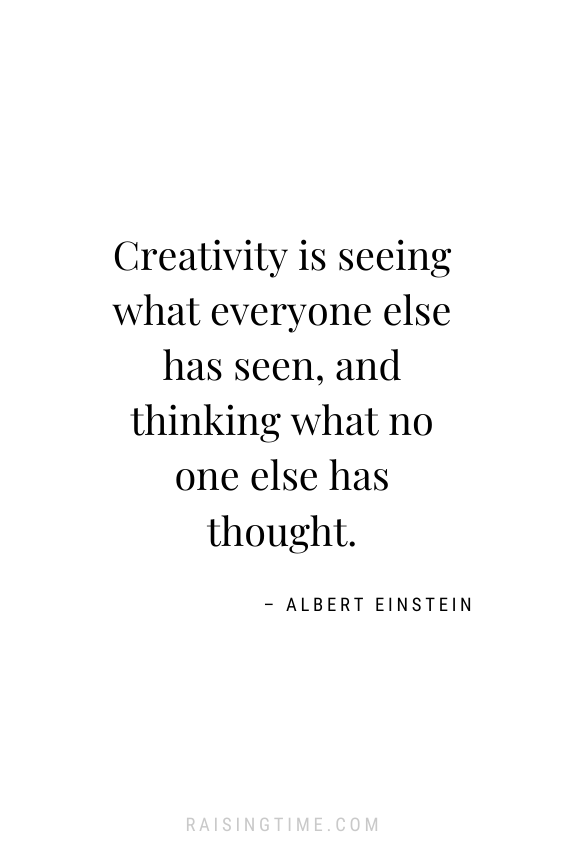 Don’t spend too much time preparing, learning or comparing yourself to others on and off social media. There’s something about consuming too much information, it feels like intoxication. It freezes and blocks your mind. To the point that you start feeling you’re not good enough for anything and what’s the point. To the point sometimes, that you actually feel dizzy and sick. I’m not saying you shouldn’t consume at all and that you can’t find inspiration outside of your own inner world. But as with anything that can make you addicted, you need to consume responsibly and in moderation. That is why the best time to start doing whatever you have to do is in the morning. Do it before you do anything else and eliminate distractions. 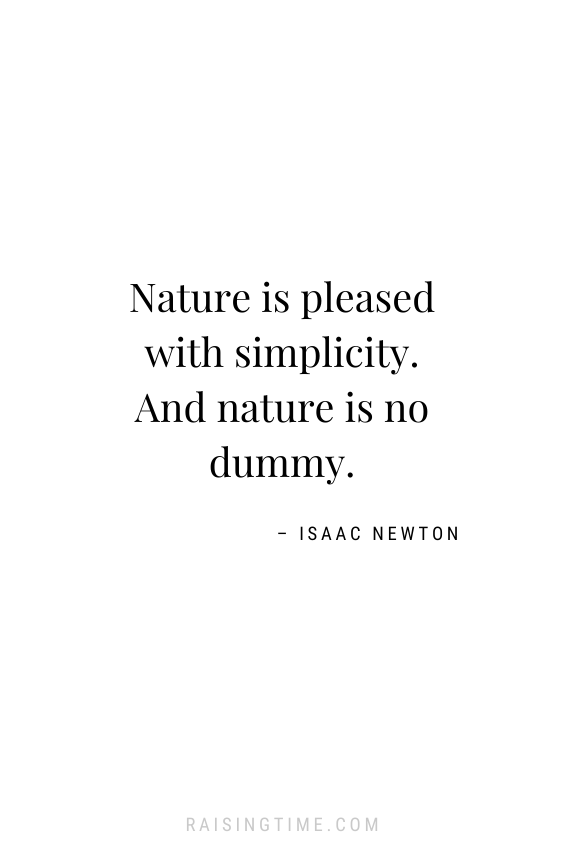 People who have any sort of success have to make a variety of choices every single day. Almost everything we do is by choice. And those little choices, they add up. They make us tired. What do we do when we feel tired? Best case scenario: we sleep. But in reality, for most of us – we procrastinate and stalk people online.

People who never procrastinate keep their lives simple. They have a structure for their day, they have a system for the work they do, they have go-to meals and habits that help them achieve more during the day. They do this not because they’re robots, but because they need that energy to make bigger decisions and to set the right priorities for the time they have. 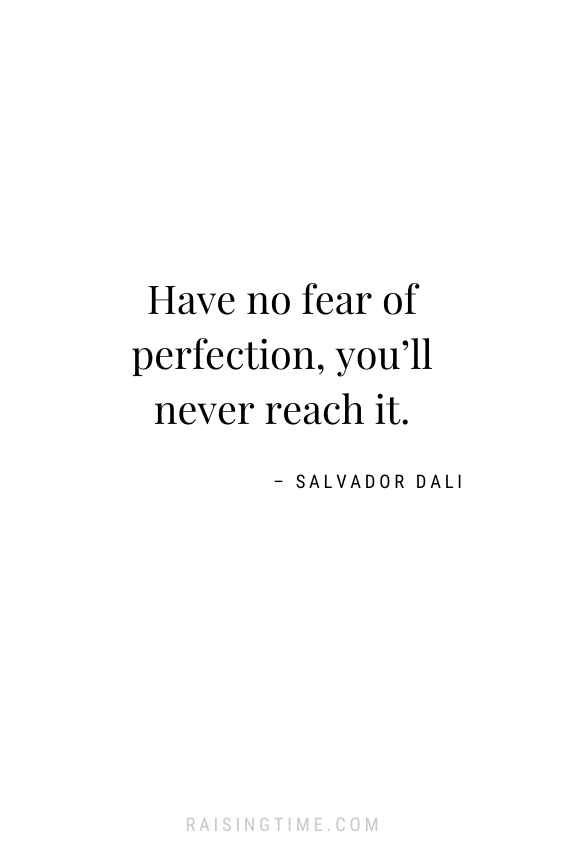 7. Perfectionism Is Procrastination With Makeup On

I’ve heard some version of this somewhere, I believe on a podcast, but couldn’t find it anywhere on the google. It’s basically, perfectionism is just another form of procrastination. And you’re hiding behind that: I want to make it perfect, I’m not ready yet.

Perfect is not real. It doesn’t exist in the material world. The real world is messy and it’s full of non-perfect work that still helps others and brings them joy. Imperfect things are beautiful. We’re only human, and until Boston dynamics actually make a robot that can make other perfect robots who can dance better than Beyonce and cook better than your grandma, we’re good, mkay? It will take at least one more year. Trust me, nobody will point at you and laugh if you do that scary thing that can really change your life..

Previous Post: « 15 Morning Routine Ideas For A Productive Day
Next Post: How To Look Good All Week Long »

Welcome to Raising Time! We’re two sisters who write about everything – blogging, life, food, health, beauty, EVERYTHING…This blog is like a beautiful brain dump for all the things we don’t share on our other blogs 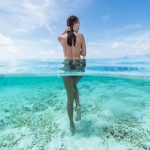 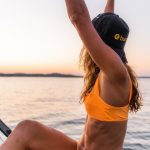 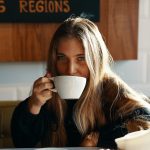 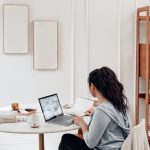 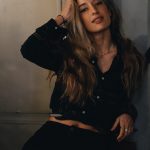